We recommend a serving (1 scoop) swirled thoroughly and deliciously into 8-12 ounces of pleasantly hot water—followed by 10 or so minutes of thoughtful, reflective sipping. Add KOS Daily Reds for 20% off the regular price Add Both to Cart No thanks, Continue to Cart

KOS® Holy Cacao! is what you’ve been waiting for - a beverage that tastes like a dream and has a serious side, too. Organic Cacao takes its place alongside Red Reishi, Lion’s Mane, and Cordyceps mushrooms. Calming energy and focus are yours for the sipping - not to mention antioxidant love, a neuroprotective blankie, and those busy bioactives that are the mushroom's gift to humankind.

Did you know that fungus is the suspension bridge that joins plants to animals? We'll talk later. For now, hear this: during the late 16th century, the Ming Dynasty compiled and published the Ben Cao Gang Mu (In English ‘The Compendium of Materia Medica’), an encyclopedia of established herbal healing the Chinese Gov publishes to this day. If you think there are lots and lots (and lots) of entries about mushrooms and cacao…you’re right.

Wondering what to throw at your hangover? Check this: shrooms have a protective effect on livers slapped around by alcohol. Since ethanol-related liver damage is traced to the flood of superoxides in the liver, the antioxidant properties of shrooms both prevent and repair the injured liver. Add a little cacao and you're back in the game.

Cacao is seething with Theobromine (okay, you try to say it!), an anti-inflammatory alkaloid. This stuff widens your tubing, boosts blood flow, and helps rid the bod of toxins. Oh, and it tastes really freaking good. Not only does it pack an antioxidant and cognitive power-punch, Cacao's active flavenoids send richly oxygenated blood to your dermal unitard (seriously), providing you the unblemished glow of healthy, well-fed, vibrantly glowing skin. If you're into that sort of thing. Antioxidant, anti-inflammatory, and no friend of arthritis—turmeric curcumin also provides that lovely zing you love in your favorite curry dish. What’s not to love? This funky little 300 million year-old plant is known for its anti-inflammatory, antibacterial, antimicrobial, antioxidant, coagulant, and demulcent (sore-healing) activity. Traditional medicine has been using the stuff for centuries. Perhaps it will come as no surprise that black pepper increases the body's absorption of Tumeric Curcumin by 2000%. Yeah, we know what we're doing. Reishi mushrooms release natural (and helpful) cell toxins of the type that identify and remove from the body cells that have harmfully mutated, or that have broken down through the oxidative damage that precedes disease outbreak in the body. Cordyceps seems to dilate the airways in the lungs. Common sense tells us this will result in oxygen flowing more efficiently to the bloodstream. Oxygen means energy. Hence cordyceps’ centuries-old reputation as a stamina-booster. You are going to adore KOS Holy Cacao! if you are looking for...

I've been swapping between the Goji Berry, Apple Sorbet greens, chocolate protein and now this for quick snacks or breaks during my stressful work at home days. I love thats its satisfying while giving my body and mind what it needs. 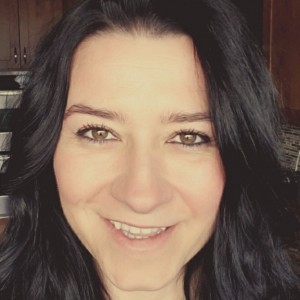 Absolutely delicious hot cocoa drink! I love the taste - I mix it with hot water and enjoy in the evenings. I find it very calming for my busy mind. I bought A whole latte gold as well and swap them each evening. Highly recommend both!